NAD is a great audio company and has made a number of very notable, and now vintage, amplifiers. Their philosophy has been driven by making their amplifiers sound “musical”, though at a price point that us mere humans can afford. One of their key innovations is using a dual rail power supply with two voltages, with the higher rail providing a reserve of power that is used for musical transients.

NAD makes very good amplifiers, the circuits are well thought out and the core components well considered. In some of their models their choice of components has been driven by cost, and as such replacing these with modern components does return a noticeable benefit.

The power amplifier NAD 2200 is described on another page.

Their NAD 3020 is recognized as a classic, probably the best small power (20watts per channel) integrated transistor amplifier made. They still attract good prices second hand, and are often used as pre amps for larger power amplifiers.When refurbished they sound spectacular. 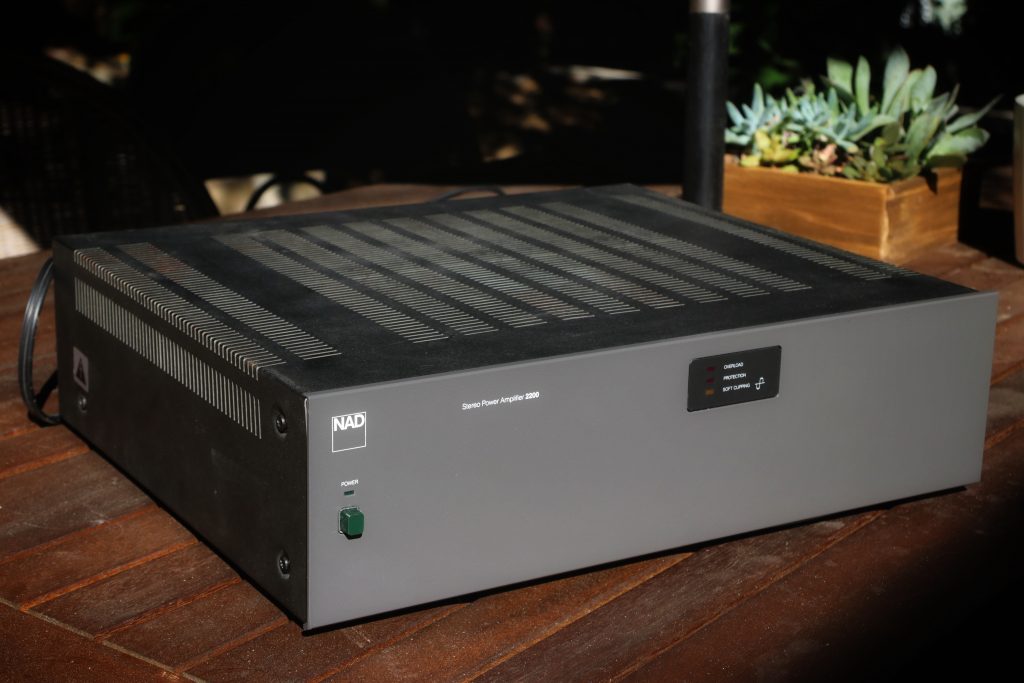 These boards were common among the NAD 2200, NAD 2600 and NAD 2700 family of amplifiers. As each new model evolved from the original NAD 2200, the circuit and some of the boards evolved as well. Each of these is considered below. The circuit design appears to be Class G, which is well described in the technical literature and has the premise that a musical transient may require additional amplification for a short period, which is delivered by higher voltage rails operating additional output devices. The general criticism leveled at this approach is the “switching” between the rails, though with modern Schotty diodes this can be mitigated to a large extent. The results is an amplifier that has great dynamics and head room at a reasonable price point.

Please read the recent review by Audiocience Review at: 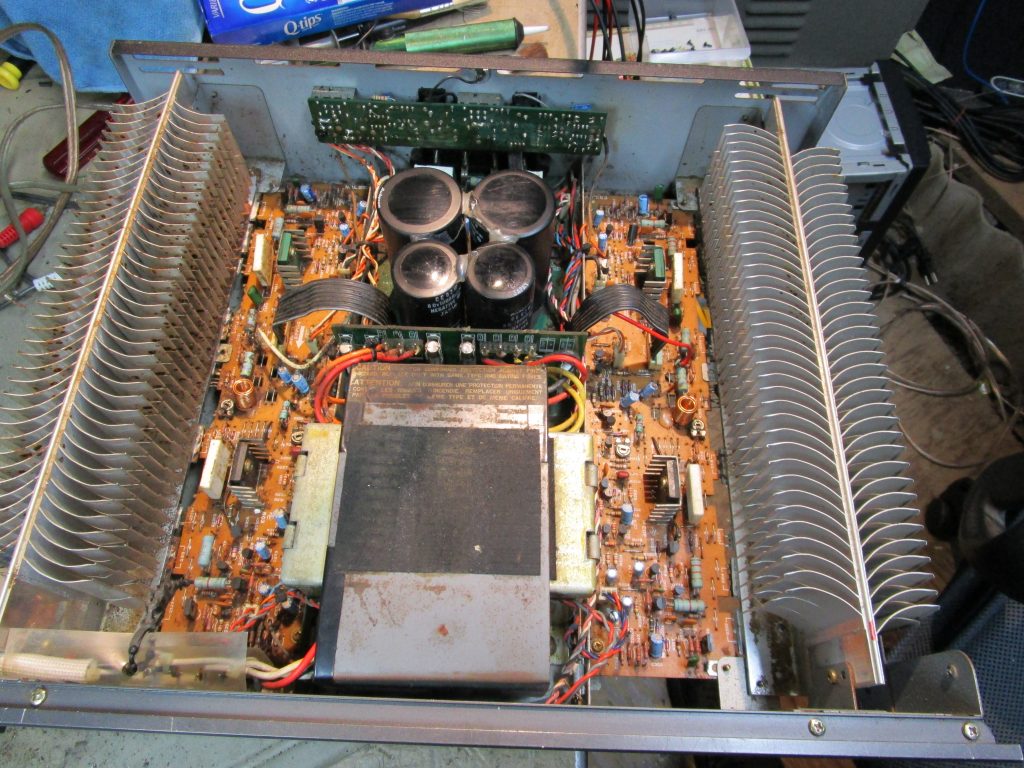 NAD 2200 power envelope: The NAD 2200 power envelope (NAD2200PE) has “power envelope” printed on the front panel, and has serial number starting in the 6XXX range. These can have three types of main board, the MAL and MAR 593A, MAL and MAR 593B and MAL and MAR 593C. Each of these differ slightly in circuit configuration, with the C series boards having additional components on the output side. The input boards also differ with some additional circuitry and better quality passive components. The input board is the SW 594C. Shown here is a 2200PE with B series boards that has been upgraded, based on the 2600/2700 upgrades with some further improvements in the components. 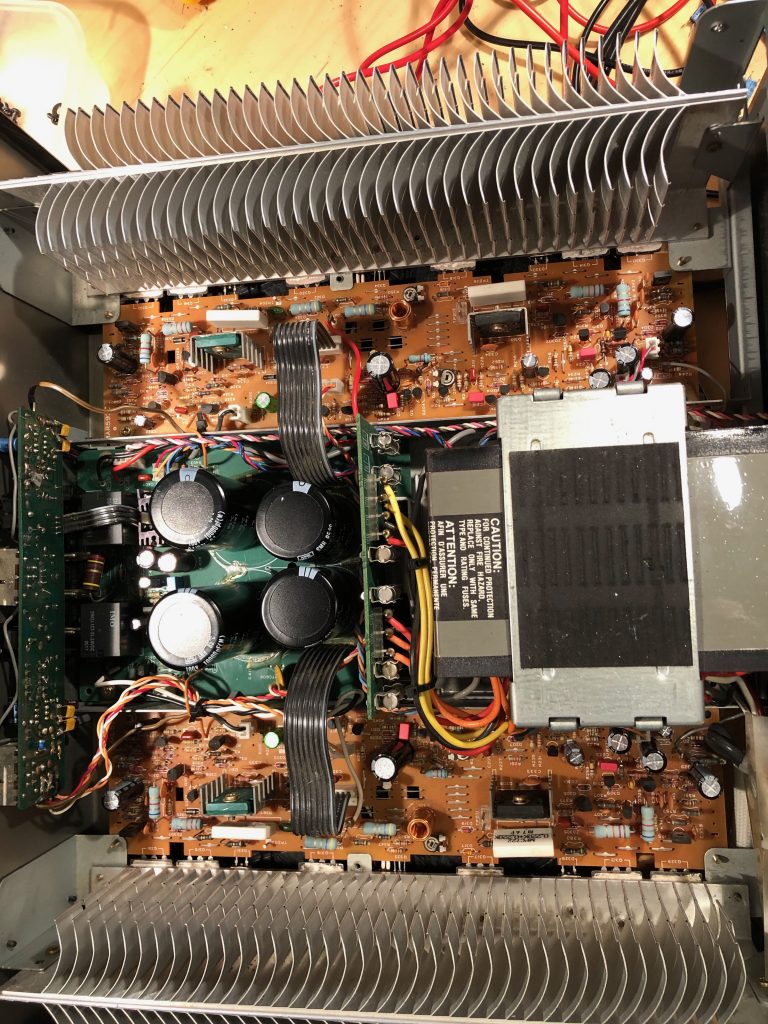 NAD 2600: this is an evolution of the NAD 2200 with series “C” main amp boards and upgraded input board with additional transistors regulating the 18v supply rails. This is the SW 692 board. These upgrades included providing front panel volume controls for each channel and replacing the metal front panel of the 2200 series with a plastic panel. The main power rails have been raised to 72v, from the 65v of the 2200 series, enabling NAD to claim a power output of 150w per channel compared to the claimed 100w of the NAD 2200. This additional voltage is provided by a different transformer, which has switchable taps for different impedance speaker arrangements on the rear. 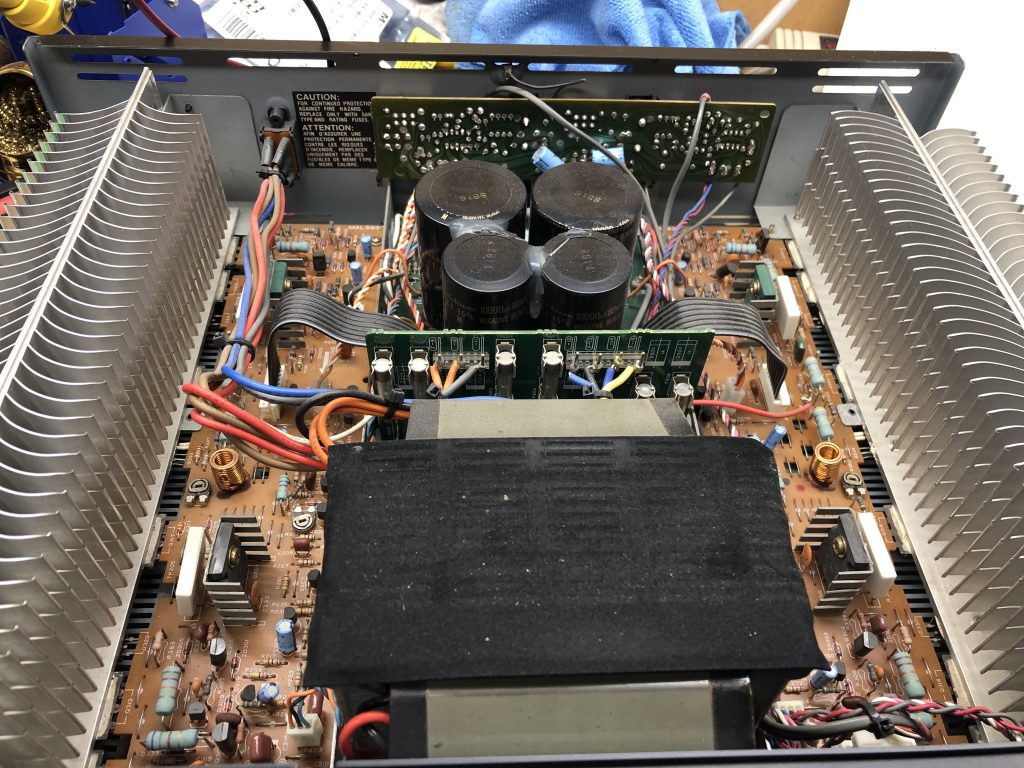 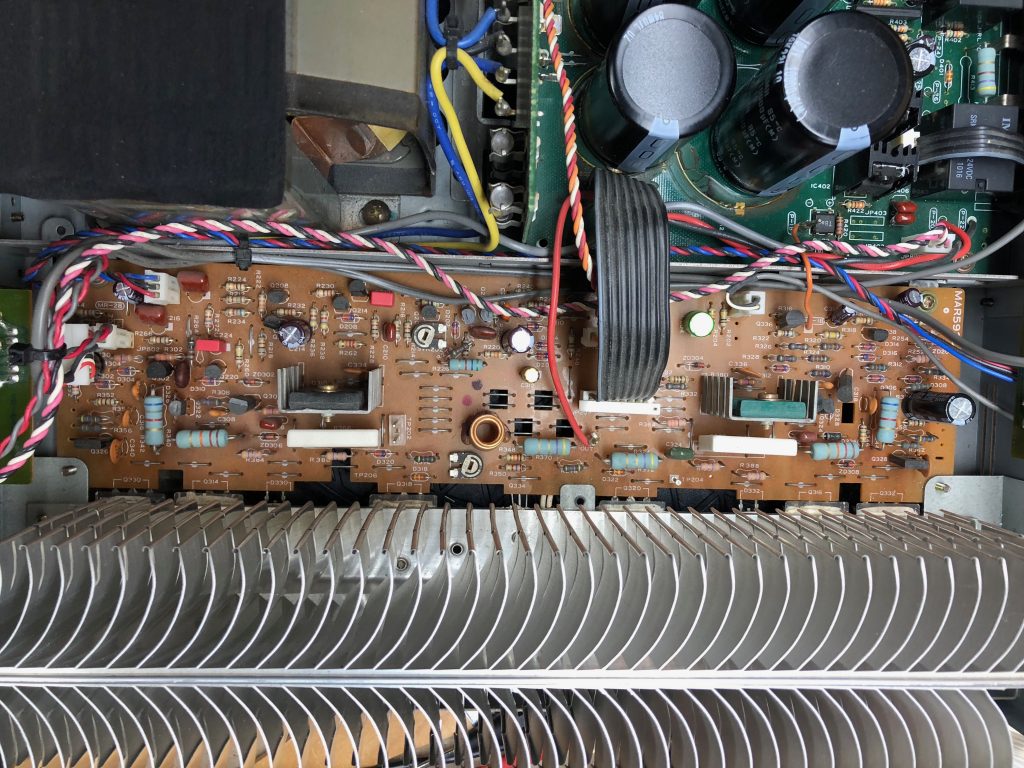 NAD 2700: This is a further evolution of the 2200-2600, using the transformer and lifted voltages, and output of the 2600, though with additional capacitance in certain circuit positions and use of higher quality components as well. I suspect all of these modifications were to ensure compliance with the THX standards that is amplifier meets. 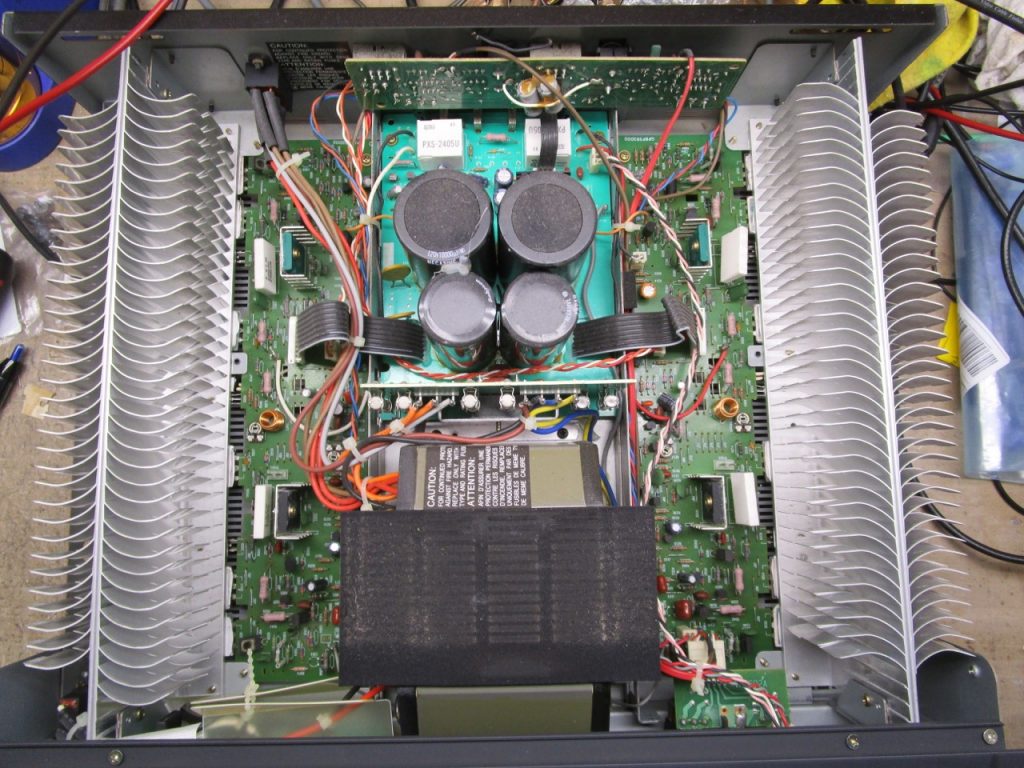 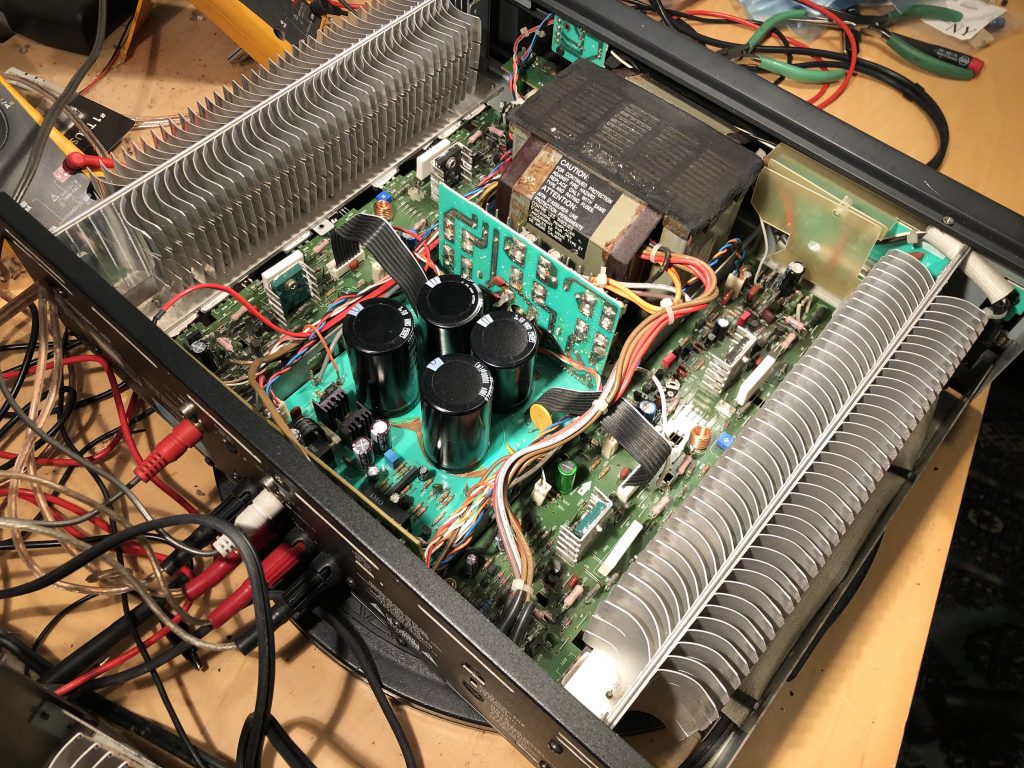 There is also the 2100 and 2400, which share a common layout and design, though they were much more cost consciously focused on a price point, being good value, but not as well designed and made as the 2200/2600/2700 series.