By QuirkAudioJune 8, 2020November 28th, 2021Restorations and upgrades
No Comments

Superphon is the name Stan Warren used for his range of power amplifiers and pre-amplifiers. Stan was the “S” of PS Audio, which exists toady and makes a fine range of equipment. I was introduced to these units some time ago, and have developed a strong affiliation, especially withe the preamps.

There are three predominant models, though each has some variations.

Revelation Basic: This comes in three versions each of which uses a separate power supply, with a common transformer, for each channel, effectively making the unit a dual mono. I am  not fully certain that this information is totally inclusive, so please reach out if there is further detail or information.

Original revelation basic dual mono: This has two separate boards, one stacked on top of the other, for the power supply for each channel. The components are the same, and these feed the single PCB for the phono and line stages. The main PCB is symmetrical, with the phone stages at the rear of the unit and the line stages at the front. Each channel has a separate volume control.

Revised revelation basic dual mono. This uses the same components at the original, but with a single board for the power supply, though each channel has a separate power supply, which is fed to the main PCB via separate wiring. This unit has the dual volume controls. Early versions has a white line across the bottom of the front panel, later versions did not.

Updated revised basic dual mono. This version replaced the dual volume controls with a single stereo control for volume and a balance control. Otherwise it is the same as the previous version.

Superphon revelation II. This preamp uses a 19″ 1u rack format and has the power transformer inside the case. The circuit is quite different from the original basic, specifically the use of FET front end (dual FET devices) rather than the BJT’s used in the basic. There is a single main board with the PS components mounted on it, but the separate power supplied for both channels and symmetrical board layout are maintained.

The superhon II had dual input selectors making it easy to switch between inputs.

Rear of the revelation II.

Superphon SP100– this is a completely different design based on a single IC that acts as a line stage buffer preamp.

The internals of the Dual Mono basic comprise the power supply board, or two of them in the original dual mono, and the main signal PCB. 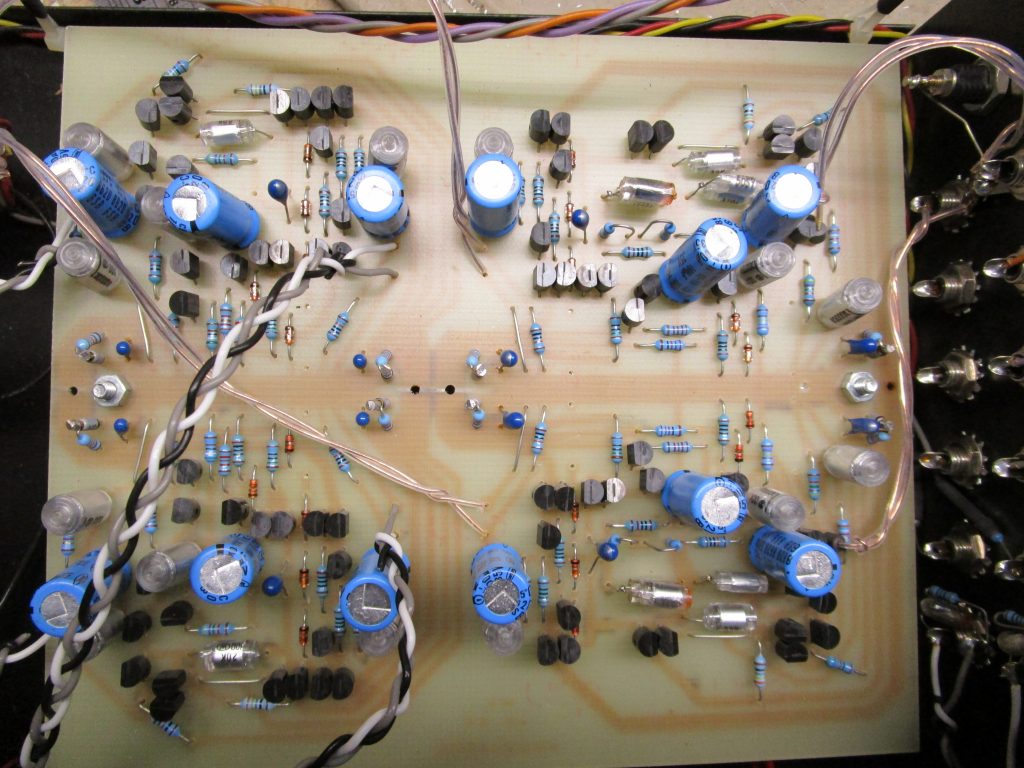 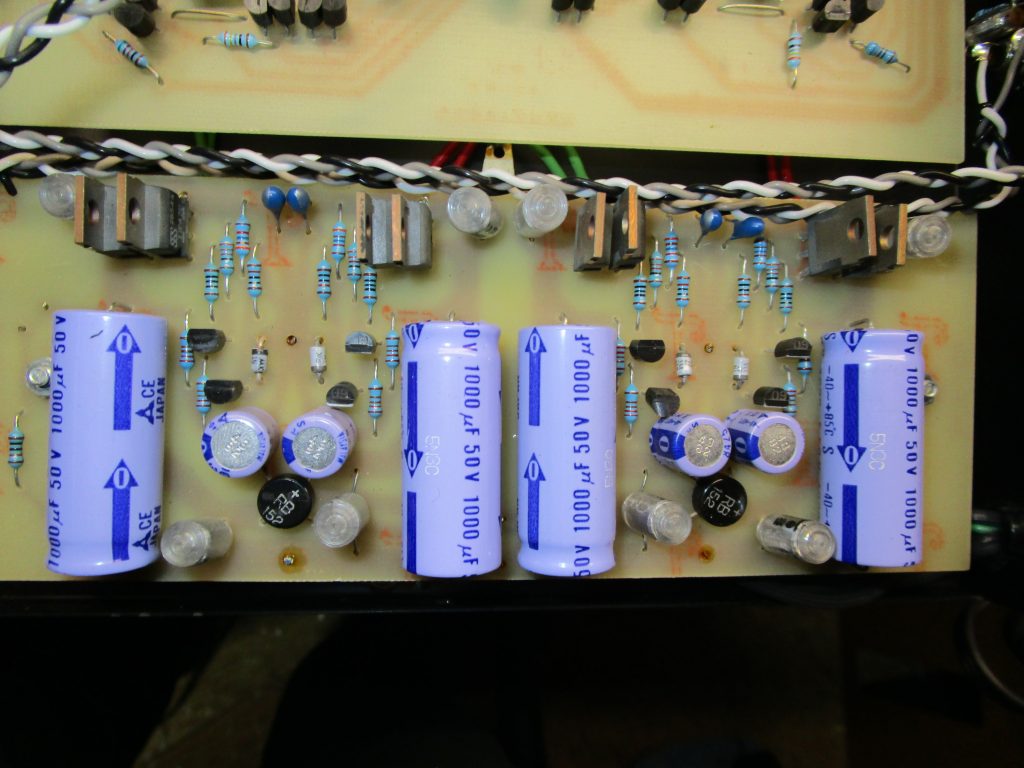 Power supply board from early Basic 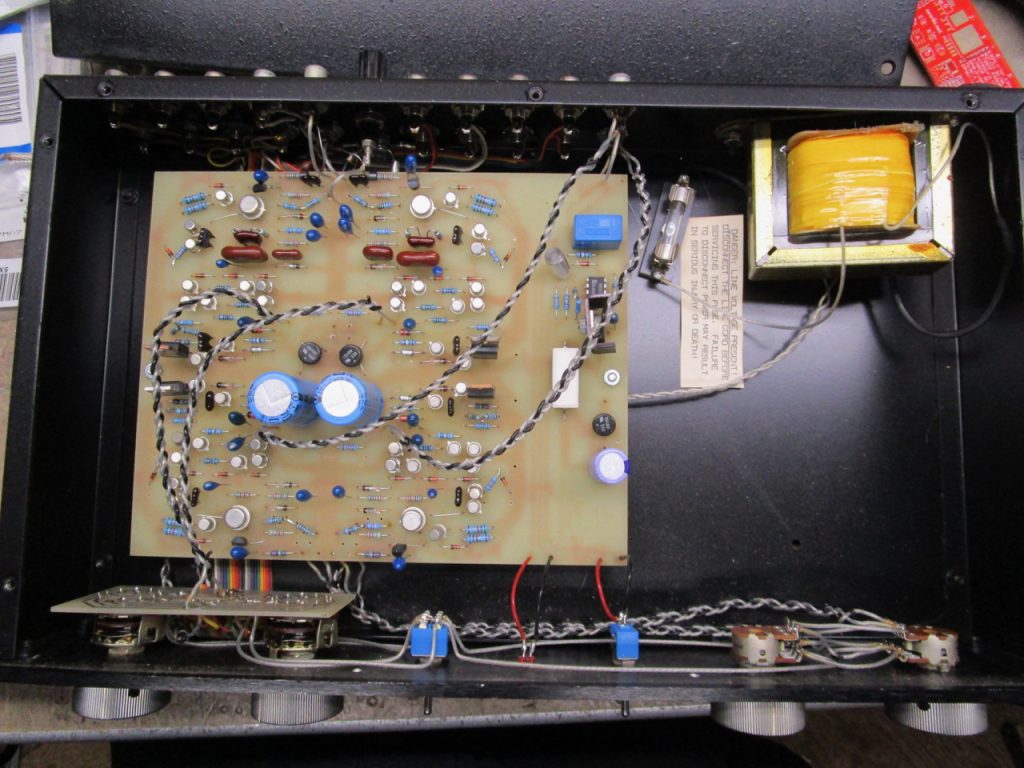 Original internals for Superphon revelation II- not the board is symmetrical, and has a protection relay fitted, which was an additional feature over the Basic. 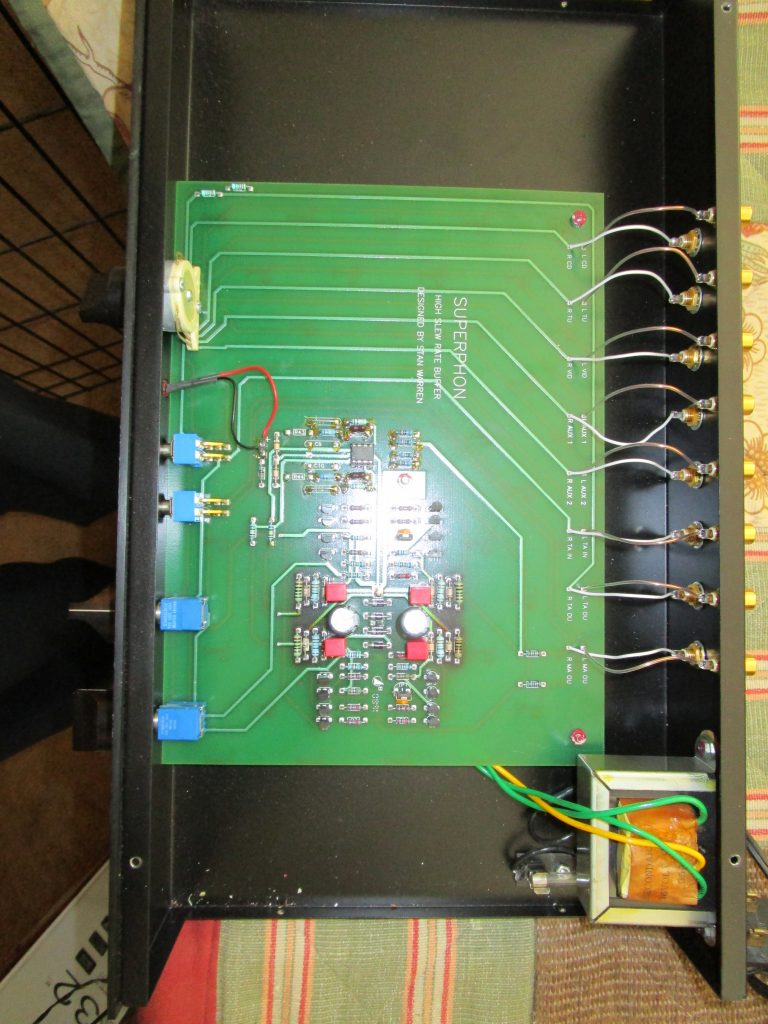 The component selection was very assiduous, and Stan made mention of caution in changing the components. However is various posts in DIYaudio (www.diyaudio.com) he mentioned that given the increases in quality of some components, there were improvements to be had.

Upgrades to the Basic dual mono.

The power supply caps are increased in size and the tantalum replaced with either Nichicon KL or Wima film. The two bridge rectifiers are also upgraded, all in line with Stan’s comments.

On the main board, the tantalum’s are all replaced by Wima film caps, and the electrolytic’s by either low impedance Nichicon PW or similar, or ELNA SIMLIC II or similar.

The result was a lower noise floor and slightly better THD+N figures. Sonically there was an improvement in dynamics and transient response. 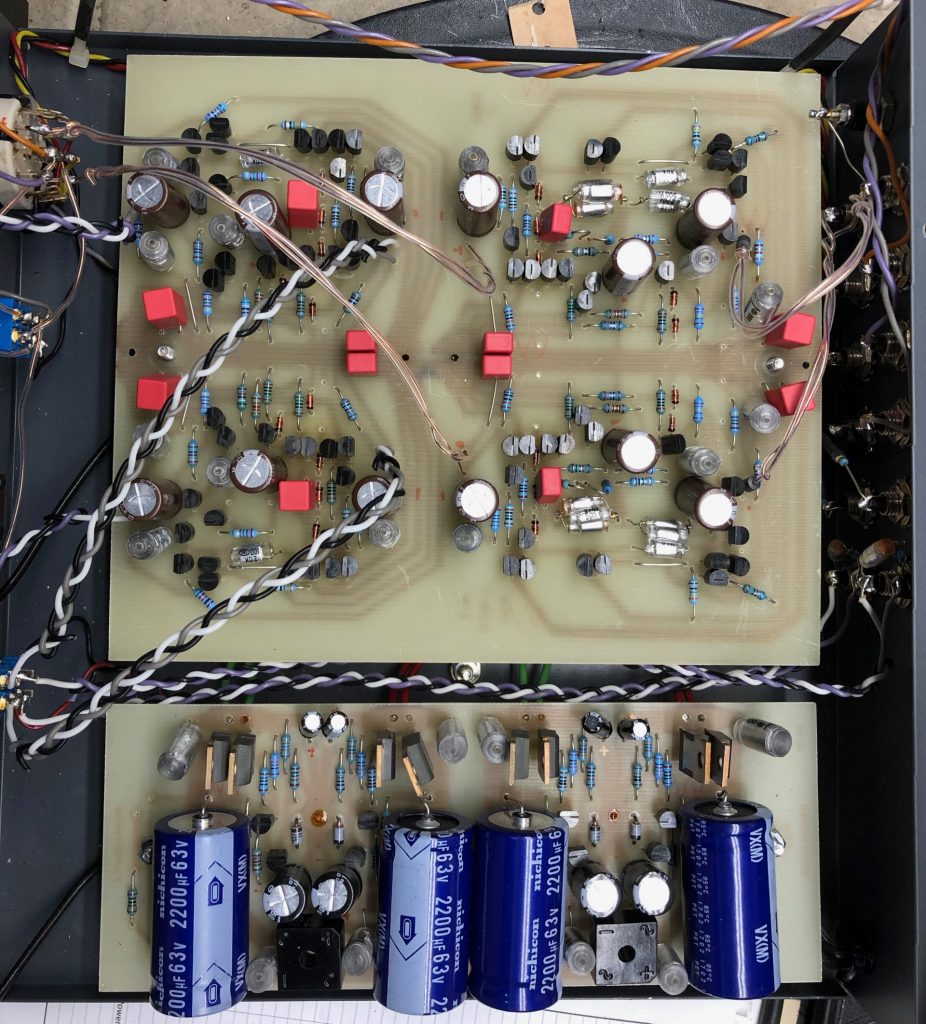 Upgrades to the Superphon revelation II

The power supply was upgraded in a similar manner to the basic, larger power supply caps and bridge rectifiers.

The main board also had the tantualms and electrolytic’s replaced. On one unit the relay was replaced (as it was faulty), but there was no measurable difference between a unit with the original relay and one with a new relay. 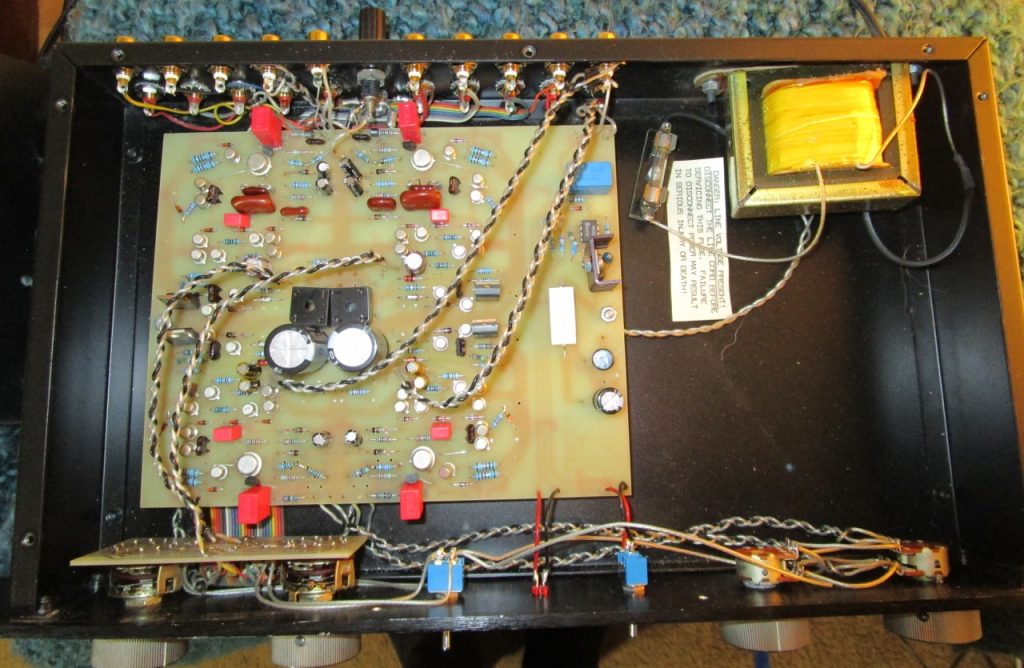 Upgrades to the SP100

As mentioned new electrolytic caps and replacement of the tantalums, as well as a new IC to replace the TL082.