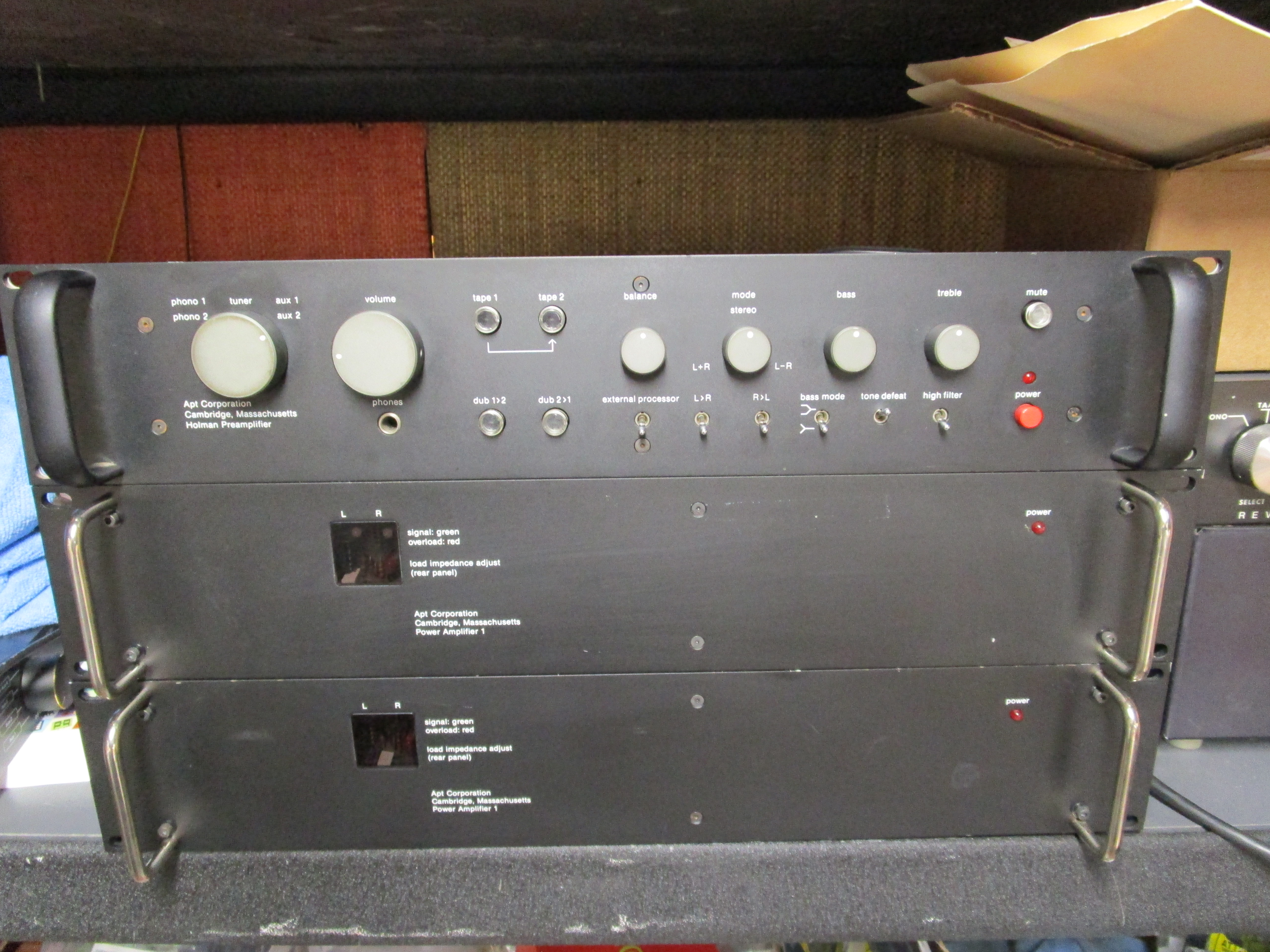 By QuirkAudioDecember 27, 2018November 28th, 2021Restorations and upgrades
No Comments

I have worked on a number of APT Pre amps and have been impressed with their performance, so I decided to see how the APT Power amps performed.

These are truly amazing amplifiers, the circuit is DC coupled- so no capacitors in the audio circuit path- which matched modern design principals and was very innovative for the time.

They include a DC servo which tracks input and output to reduce distortion to a minimum- again innovative for the time. A single IC on each power amp board uses the two channels of the original TLE072 as an overload detector and a DC servo. In the updates I installed TLE2072 as a lower noise replacement.

On the power supply there are two 10000uf 75v main supply caps, to which I have added a 4.7k 2w resistor to drain them, as they have a nasty habit of retaining their charge(which is clearly explained in the manual and on the amp itself. I have tried to find replacements that fit, but to no avail and all the ones I have worked on (5 to date) have tested well.- Also they are -10% +50% types.

The Power supply board electrolytics were all replaced with either low impedance or low leakage types for the small values the larger values were increased somewhat. The IC acts as a comparator, again a TLE072 which was left as is. The mono/stereo switch and the relay were replaced as both were noisy.

The power amp boards have had all the electrolytic caps replaced- with low impedance, low leakage and where appropriate film caps. Most of the of the ceramic caps have also been replaced with film types, or NG0 MLCC ceramics as appropriate. Also the input resistors have been replaced and the input decoupling cap removed.

The wiring can present challenges when working on the boards, so each connection is checked, and as they are relatively compact there is some fiddling involved in removing the amp boards from their heatsinks.

The result though, especially when run as mono blocks is astounding- they have great dynamic range, transparency and detail. The combination with the upgraded APT pre amp punches well above its weight in terms of cost/performance- and of course they have that great retro cool look.