I have had two of these since around 1978, and they have traveled the world with me. In the late 1970’s I did a recap of most of the capacitors and replaced all the resistors and the main diodes. Then in the mid nineties I replaced the main power supply capacitors again (the 250uf units), but left in place the lower values (100uf and 30uf) from the earlier refit.

So I had just finished a pair of NAD 2200’s, so I thought now is the time to take these out of my listening rig and give these mac’s some love and attention.

So I have replaced all the capacitors, electrolytic and film, which you will see in the photo’s- The main PSU caps are Cornell Dublier 250uf 350v, the 100uf and 30uf are double 100uf and double 30uf 500v cans.

The 12uf are all Sprague 250v and the films audiocap.

The original diodes are now UF types. Most all the resistors have been changed as well. I also reinstalled the input caps which I had removed previously, though I may remove them again.

Aside from the usual drilling out of rivets, the whole exercise went very well. They received new tubes “golden dragons” and Sovtek 6550’s I had bought in the 90’s as spares.

They do sound great once again , though I am tempted to try some different  tubes, especially that initial 12ax7, and perhaps some other KT88/6550 types. 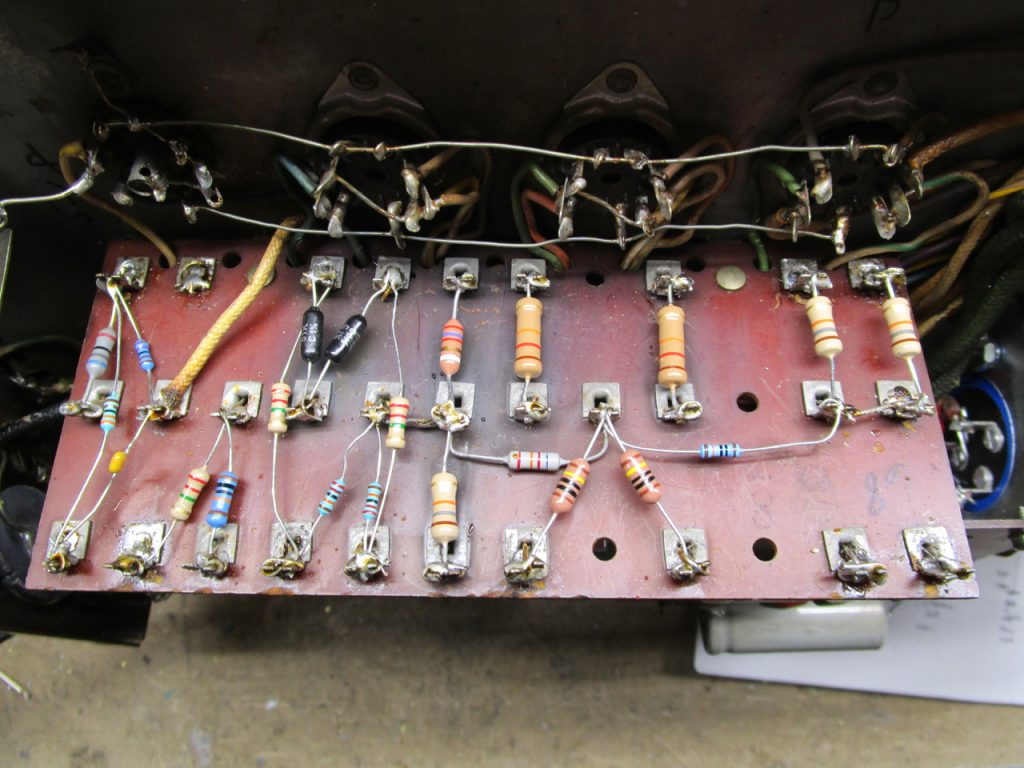 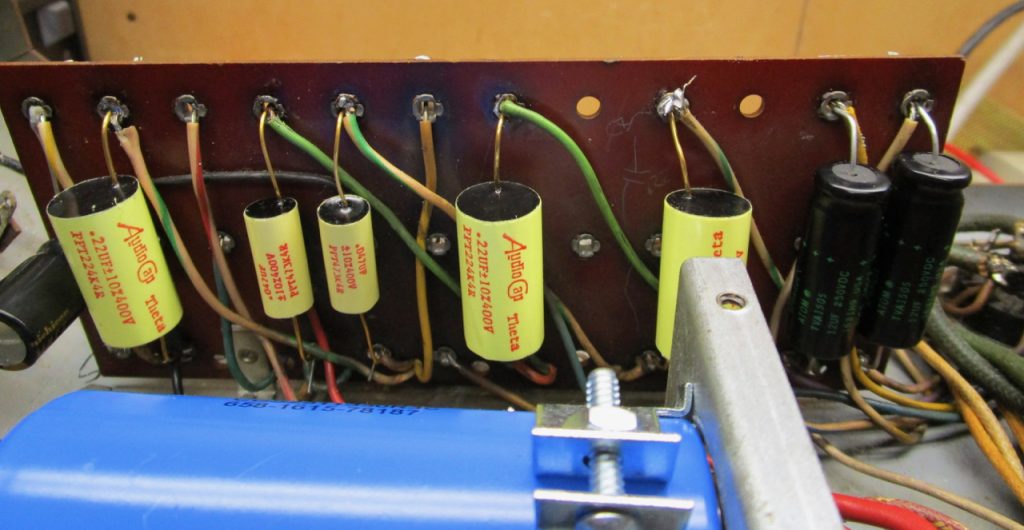 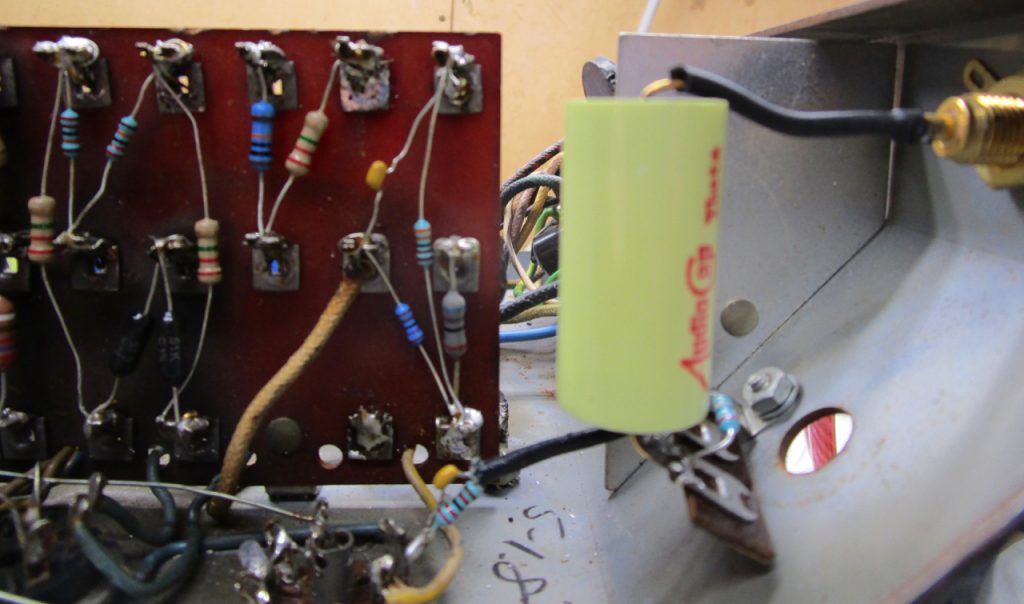 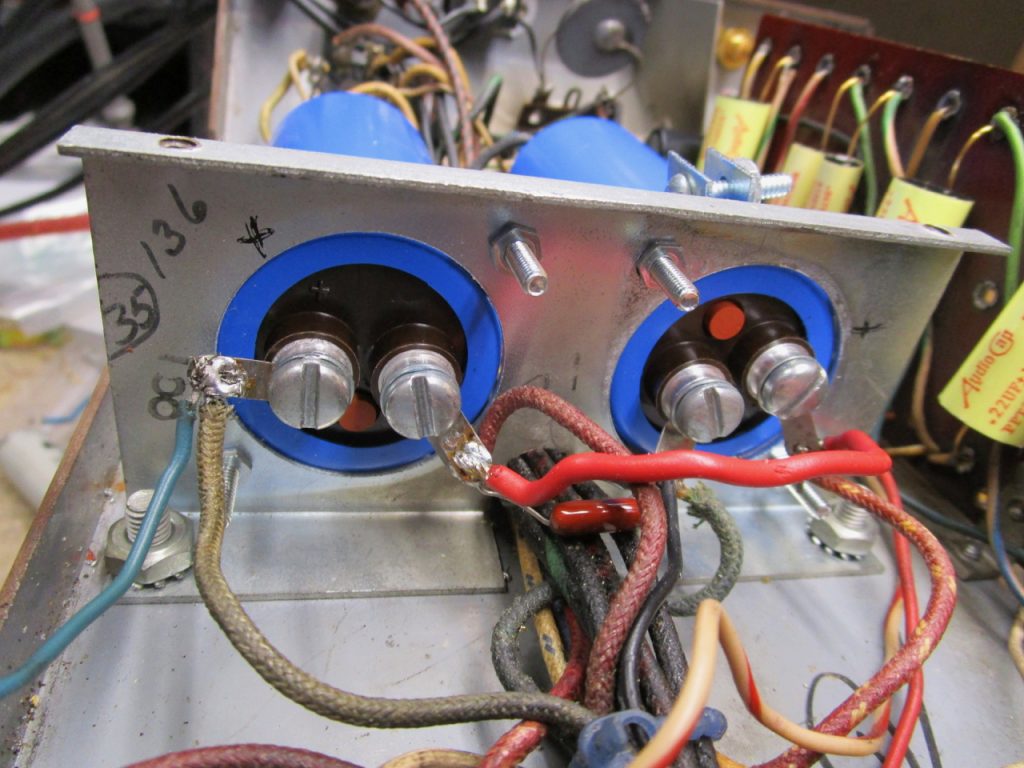 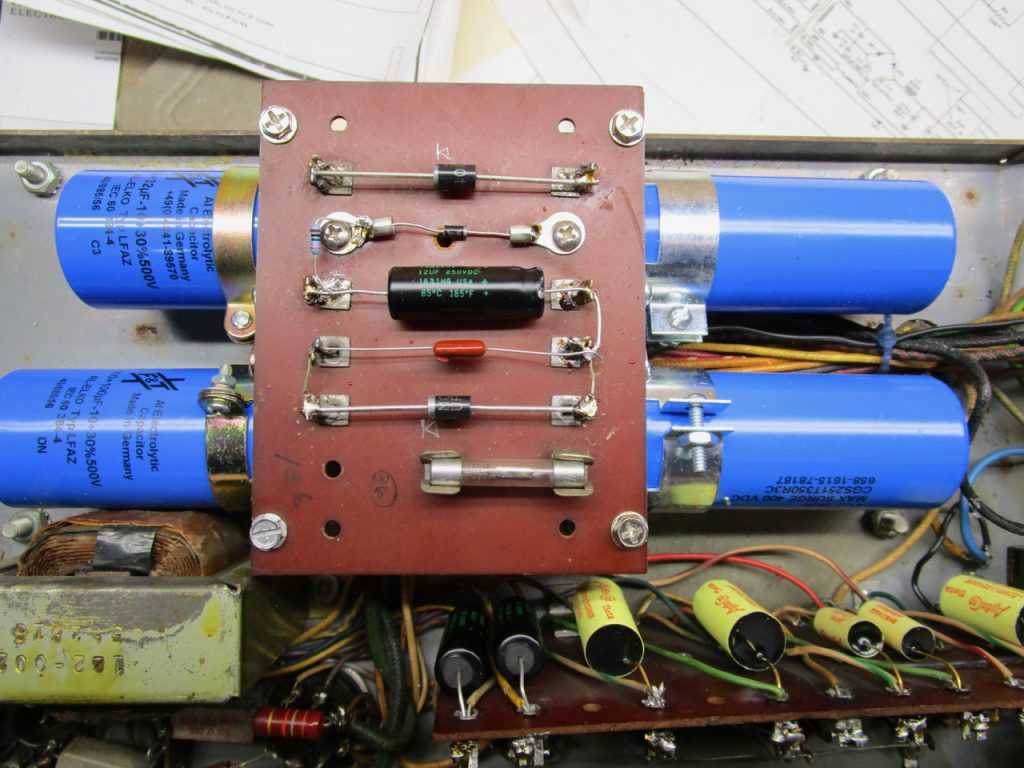