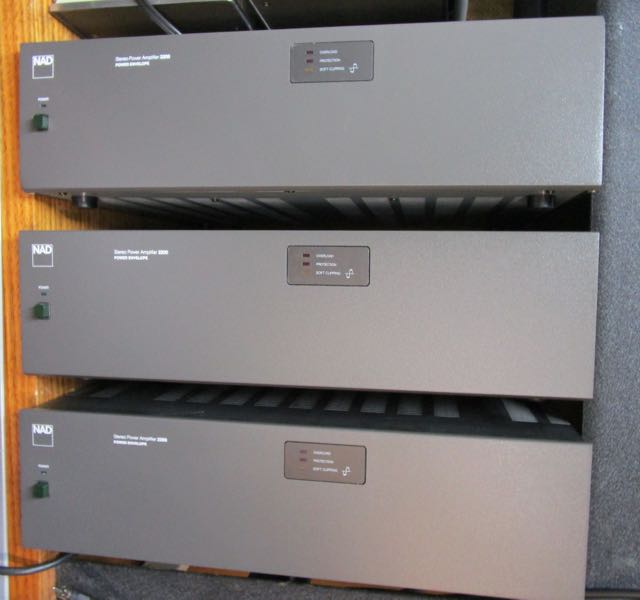 I have now done a considerable number of these upgrades and based a number of mods from AK and DIY Audio and others listings, as well as my own tests, have settled on what I thin optimizes the performance of these amplifiers:

C215-218- These support the 18v rails that provide the power to the initial VAS stage of the power amplifier boards, and as such larger values provide a greater local reservoir. Replacing the original 2.2uf 50v with 470uf 50v makes quite a difference, “more bass” and better dynamics, I have settled on Nichicon HE (ultra low impedance)
C111-114- I have replaced these with COG Ceramics and have added 47uf 50v in parallel with each of these (across the 18v supply lines to the IC) and this again seemed to provide better dynamics, these are Nichicon PW
I tried Pilots (posted in AK) swapping of C109, C110 to 2.2uf 50v Wima- but ended up going back to Nichicon FG 10uf 50v- which gave more solid square wave response at frequencies below 100Hz
C107,C108- these were 820pf ceramics (circuit states 1000pf film)- so replaced these with WIMA 820pf 50v FKP.All other small value capacitors on the input board are replaced with WIMA FKP, except for C111..114 as mentioned and the three 27pf ceramics, which are replaced with C0G MLCC versions
C203, C204- I tried a few versions (2.2uf Film, 10uf Film- both WIMA, Nichicon KL, Nichicon FG) and finally settled on ELNA SIMLIC II 10uf 50v- for me this kept the detail and was smoothest- also kept the LF square wave tidy. I have now evolved to a Nichicon MUSE Bipolar 47uf, as this is similar to what was used on the 2600A/2700.

I now replace all the ceramic capacitors on the main amp board with FKP WIMA polypropylene except the 1uf which I use an MKS polyester. There is one 22pf ceramic C305/C306 which I replace with a 22pf C0G ceramic. On the 2600A /2700 NAD use a silver mica cap here. The 68pf feedback capacitor is also mica on the 2600/2700, though i could not detect any difference between the Mica and an FKP.

The Nippon Chemicon series capacitors have been discontinued, so I now use KEMET ALC for the 120v capacitors which are rated at 100v with 115v surge. The 80v capacitors are Nichicon.

one thought is to bypass the 10k ufs with a film cap (1uf?)- I did try this and count not measure any difference.