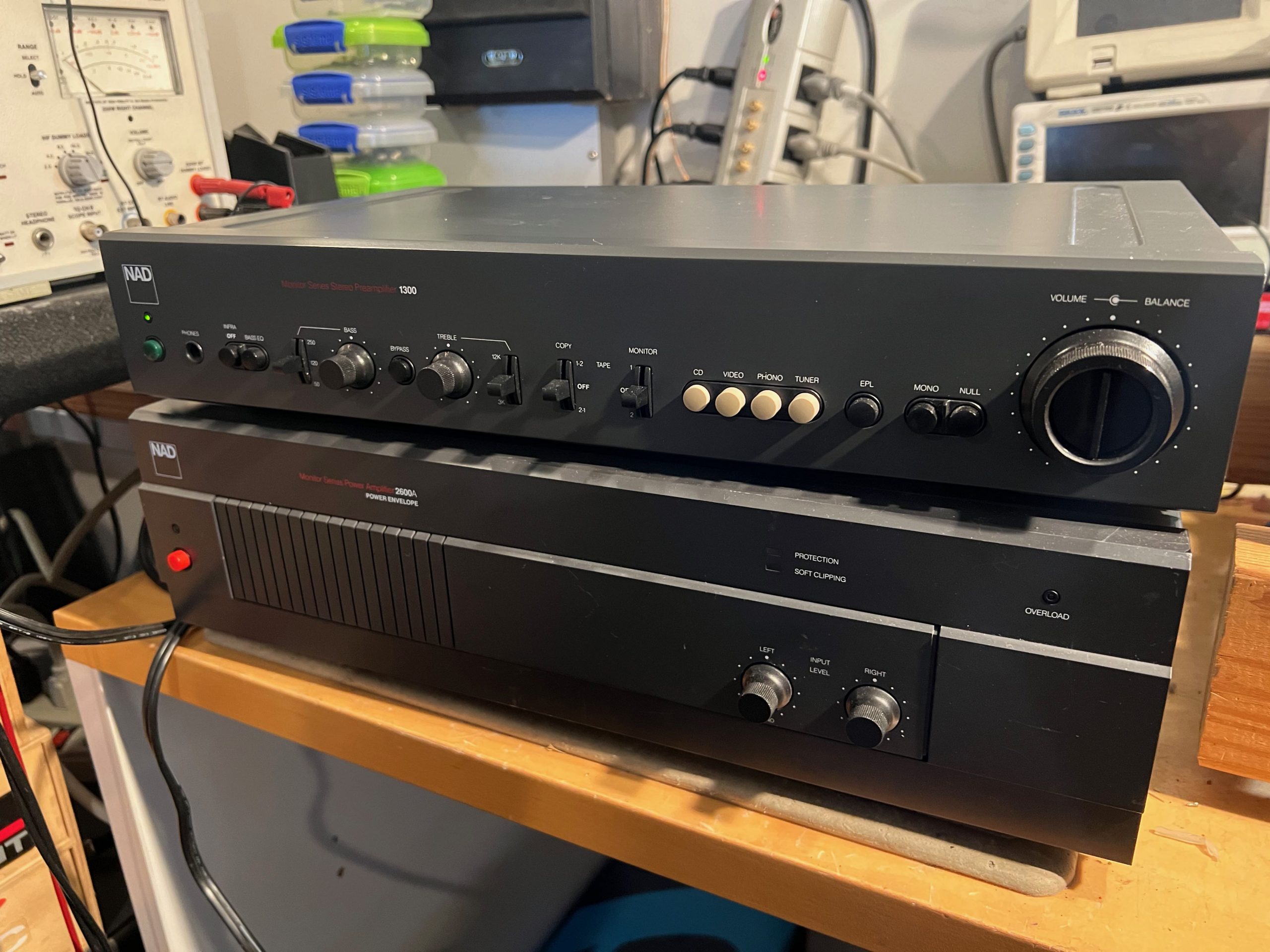 By QuirkAudioAugust 12, 2022Restorations and upgrades
No Comments

The NAD 1300 was originally produced in the late 1980’s. The design is based on a set of IC’s creating blocks of functionality with a discrete phono stage for MM and MC cartridges using discrete FET’s. In some respects the design is reminiscent of the APT preamp approach, however the original IC’s are NJM2043DD which a BJT rather than FET’s.

The power supply, as with so many designs of this period, although adequate from the perspective of the overall current draw of the preamp when operating, which is around 100ma, certainly benefits from a new higher rated bridge rectifier and larger main power supply capacitors. The rest of the power supply is then upgraded with low impedance electrolytic caps and new C0G ceramic caps. The original IC’s had +/-20v supply which was reduced to +/-18v for the new replacement IC’s.

The result was a significant reduction in THD+N and an associated increase in detail, transparency and dynamics. When compared to my reference APT, the NAD had a slightly “warmer” overall tone, but the detail and dynamics were very similar.