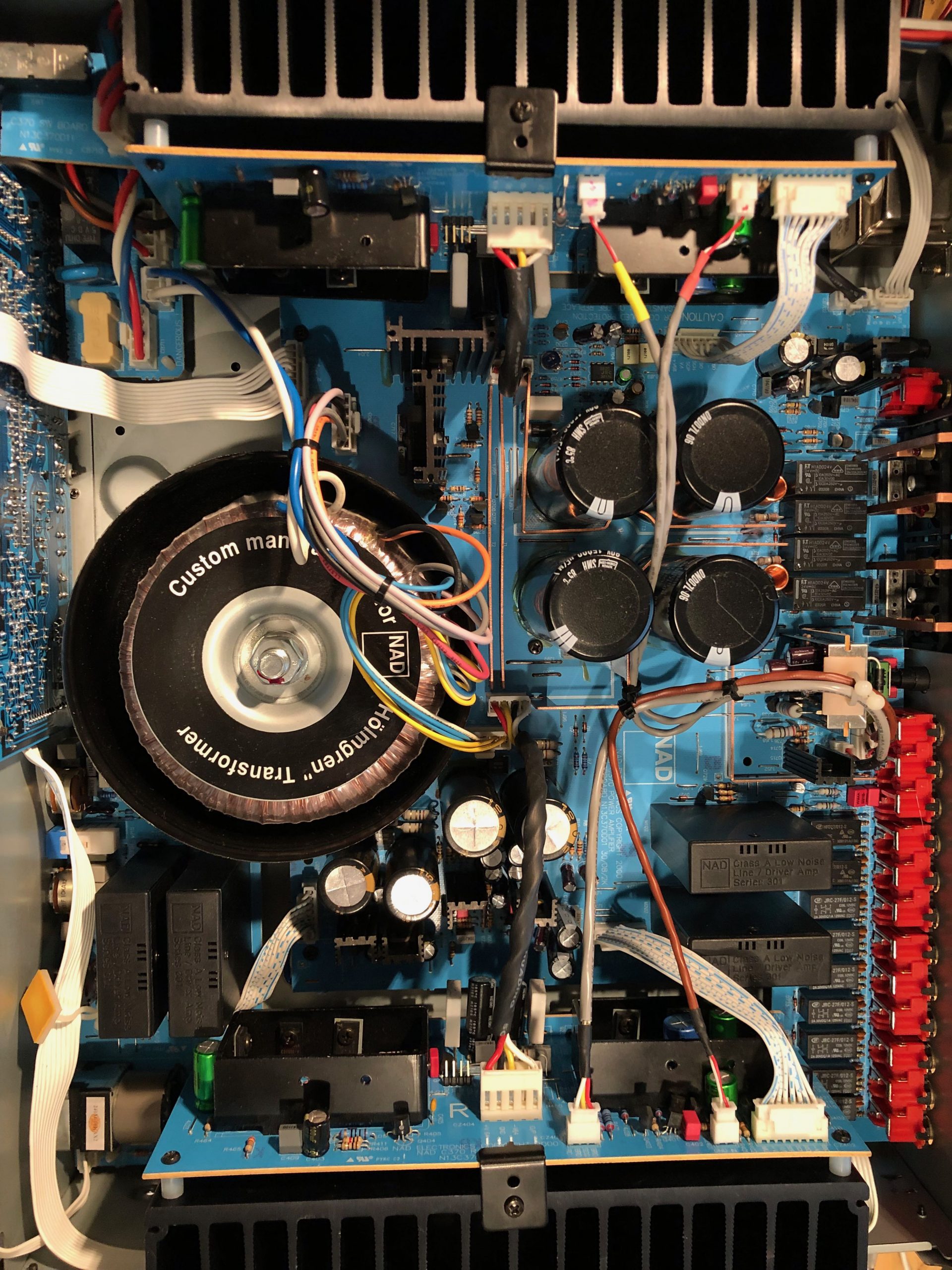 By QuirkAudioDecember 26, 2021August 12th, 2022Restorations and upgrades
No Comments

NAD developed a Line-in (MD1B)/Line-out module(MD1C) which was effectively an” IC” type device using Class A topology employing discrete components on a small PCB mounted inside a metal case, such that the regulators for the power supply for the module were mounted on the case. This involved the use of very small components, and from the perspective of replacing/upgrading those components, severely limits the range of components that can be used.

The power amp boards are separate from the main PCB, and the case effectively needs to be disassembled to get at th4e main board. The power amp boards have two metal cages around the input circuitry providing a heat sink function as well. All the electrolytic caps were replaced, with either Bipolar MUSE for other audio specific caps for audio, low impedance. Suitable value ceramics were replaced by WIMA FKP/MKP or Panasonic polypropylene, or C0G ceramics. A number of the electrolytic capos were uprated.

The amp uses a pair of TL082 IC’s as a comparator and as with the protection circuitry all electrolytic caps were replaced.

The results were especially pleasing, the amp measure incredibly well, with THD an order of magnitude less than the published specifications and THD+N equally less. The uprating of the various capacitors increased the dynamics ging the amp an effortless quality.

The NAD series of C270/C272 power amplifiers, C370/C372 integrated and the 160/162 preamps are excellent candidates for refurbishing and upgrading. I have purchased another C370 to see if I can optimize this design even more.