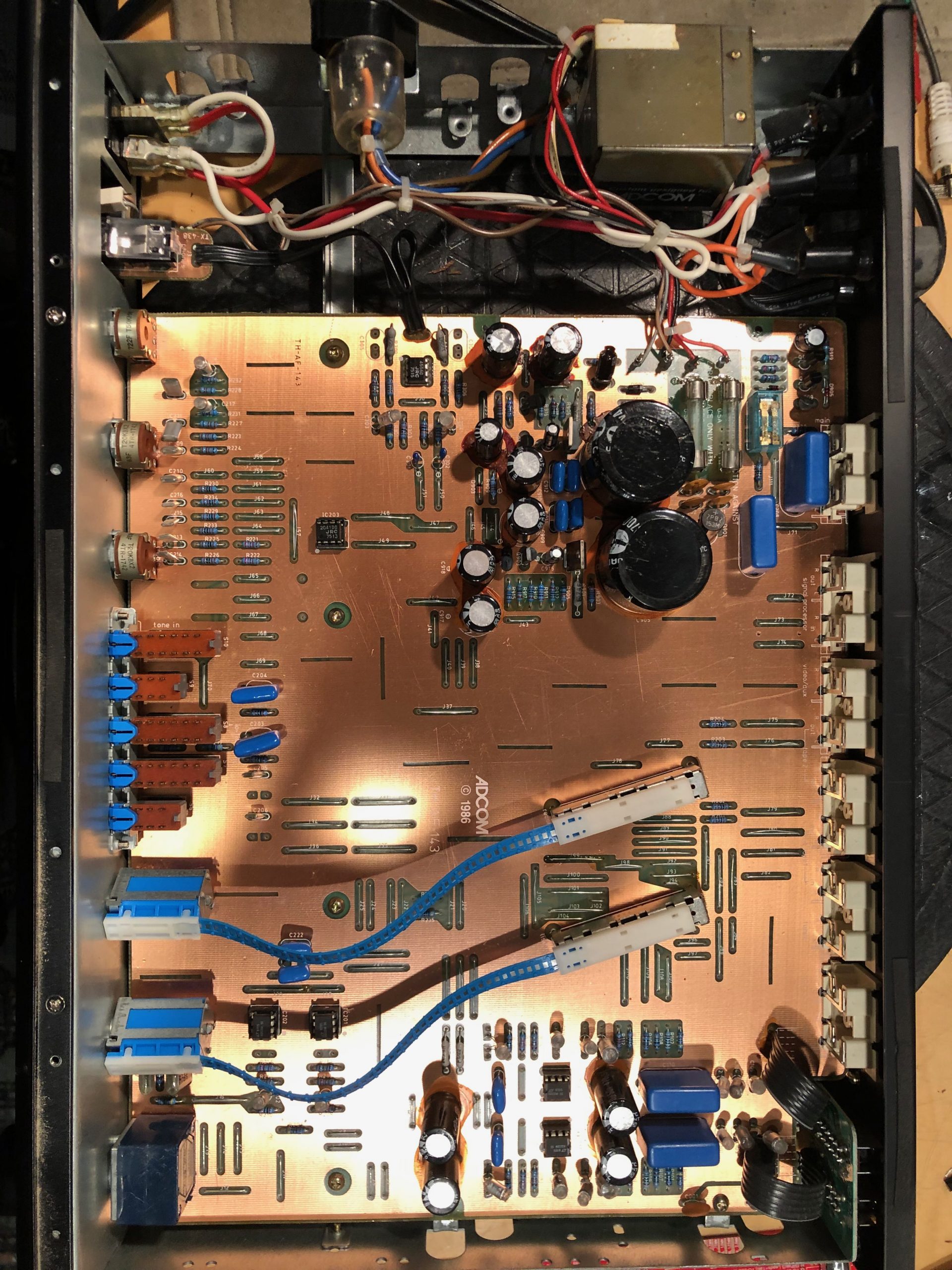 By QuirkAudioDecember 26, 2021Restorations and upgrades
No Comments

The 555 is a straightforward design from the mid eighties and is generally well made with quality components and PCB. As with most units of that vintage the main areas for improvement are the power supply, IC’s (if there are any) and capacitors.

There are four sections to the circuit.

The power supply– The original power supply caps were 4700uf, with the voltage regulation using transistors in a standard configuration. I replaced the electrolytics effectively doubled the capacity. The very low value electrolytics were replaced with polyester film caps. The relay drive circuit cap values were left the same, but again low impedance types were used. The relay itself was replaced with a new sealed miniature type.

The main thing about the power supply is that it provides 21.5v for the rest of the circuit, except for a 15v (+ve/-ve) for the headphone amp. The 21.5v supply limits the choice of IC that can be used to replace the ADCOM 5E IC’s originally fitted. I changed the Zener in the regulation circuitry (D903) to 10v from 12v which brought the 21.5v to 18v, ensuring a wide choice of IC’s could be used. The original IC’s were all socketed, which made replacement simple.

The phono preamp is based around a pair of ADCOM 5E IC’s , both of which were replaced with OP37 very low noise types. The decoupling caps were doubled in value and the electro caps in the feedback loop of the IC changed to Audio specific types, but of the same value (UKZ).

I did debate using OPA627 IC’s but at nearly $40 each, the customer and I decided this was not worth the expense as they rarely use the phono stage.

Preamp section– This is based on another pair of ADCOM 5E IC’s, acting as buffers, which again were replaced with OP37’s. However, I could not resist trying a pair of OPA627 as the preamp buffers, and yes I do think the preamp sounds a little better, a little less bright perhaps, which was my overall sensation when comparing to my reference (upgraded- see the Audioscience review) APT preamp. That said it was somewhat dependent on the source material, however.The tone section uses a single JRC2041DD, which was replaced by an LM 49720. Some additional decoupling was added to the the power rails for this IC. More importantly there were two tantalum caps on the “Norm” output and these were replaced with polypropylene film.

Overall the unit measures very well and sounds clean and detailed, with a good sound stage and dynamics. 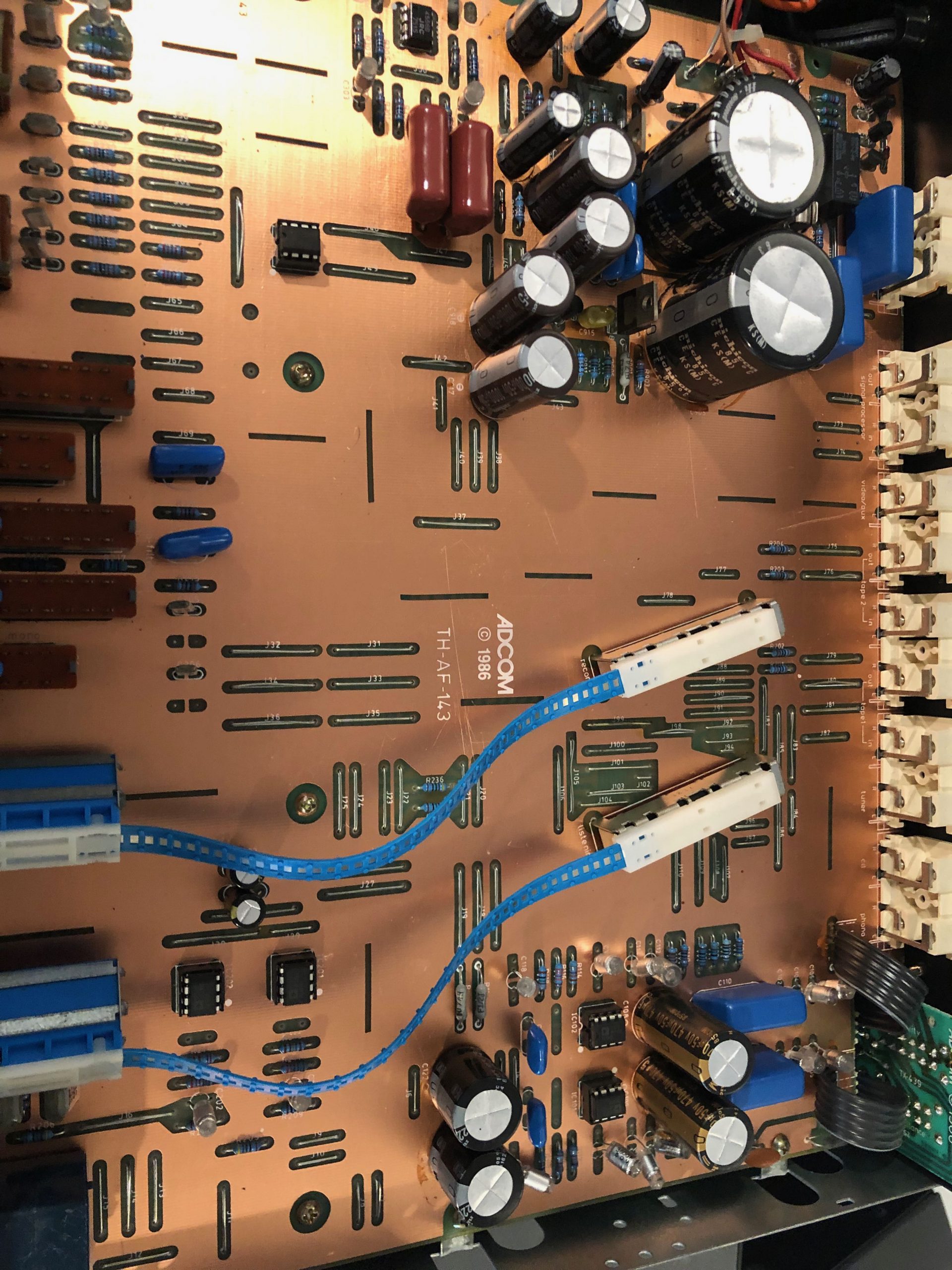 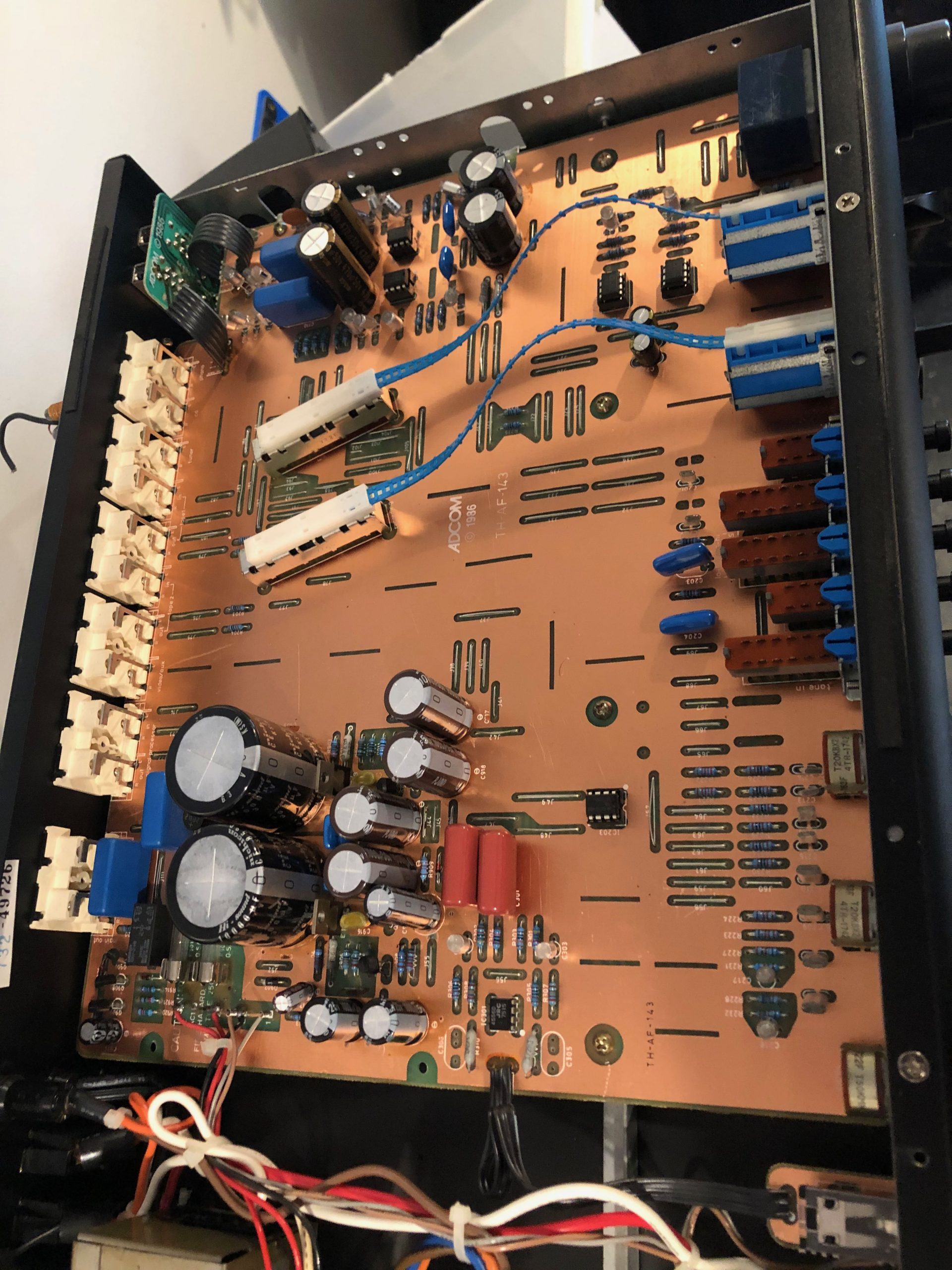 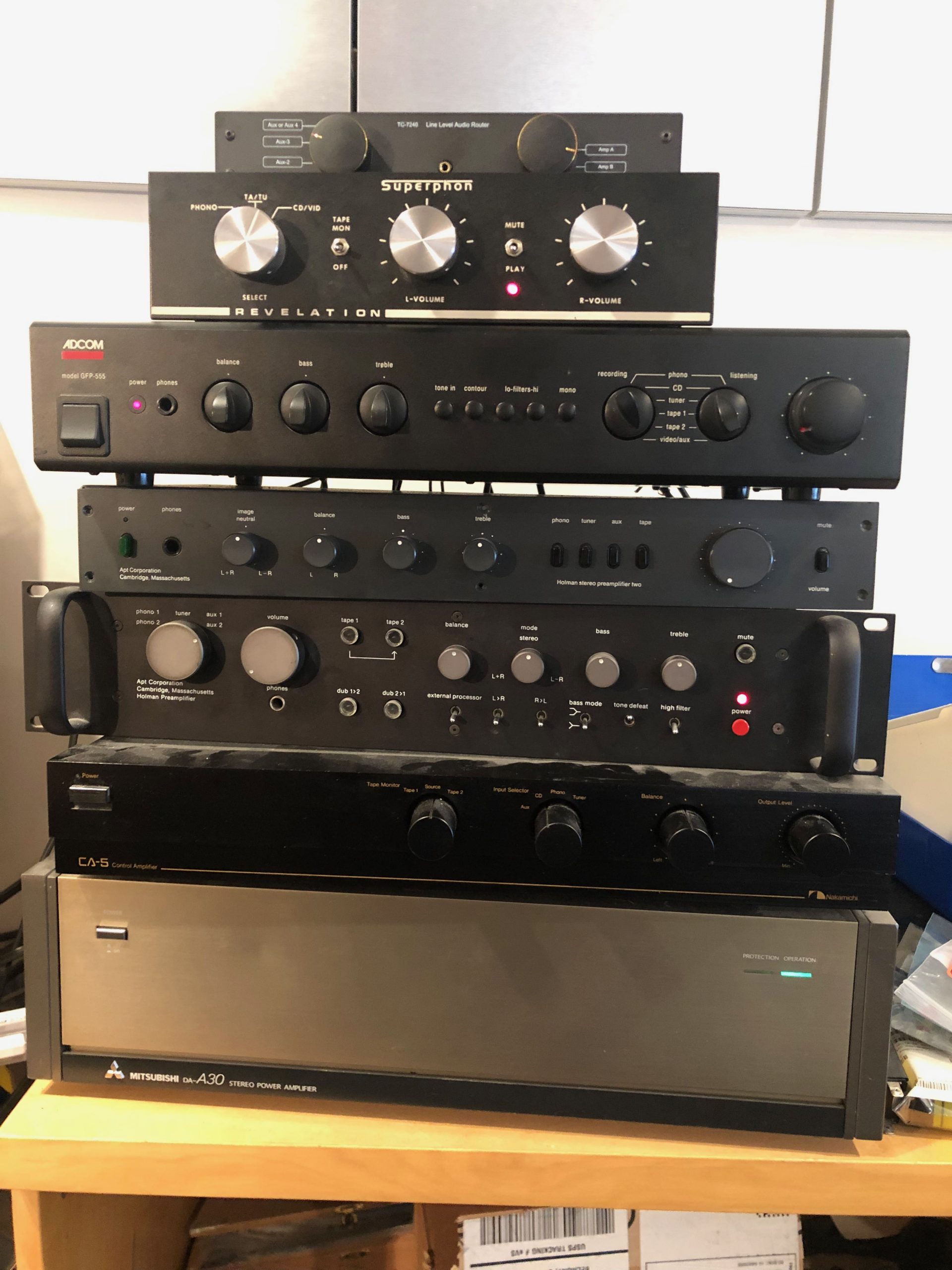