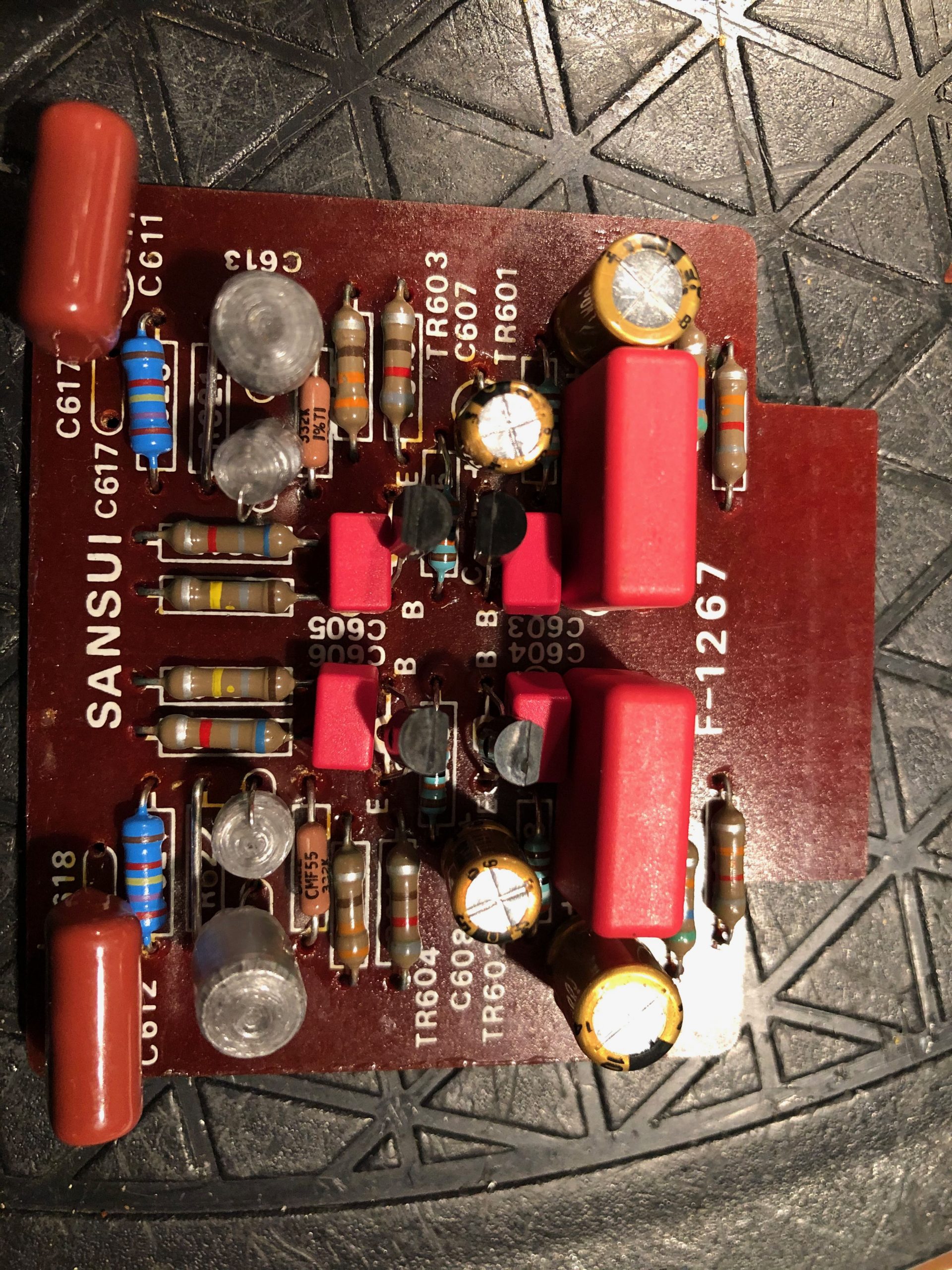 By QuirkAudioNovember 24, 2020November 27th, 2021Restorations and upgrades
No Comments

The Sansui AU 505 is a low power capacitor coupled stereo amplifier from around 1972. Although only 12 watts per channel is has a warm and pleasant sound, reminiscent of many of the tube amplifiers it was intended to replace.

The restoration greatly benefited from the wisdom of Leestereo at Audiokarma.org. The results as the customer stated in his text ” “It sounds wonderful.So much more open and clean and crisp. The detail is really present. I am very pleased and happy”.

The power supply caps were all upgraded, using low impedance types, as were the power rail decoupling following the suggestions made by Leestereo. A number of Nichicon MUSE Bipolar caps were used in the audio path as where Panasonic and WIMA polypropylene film caps.Most of the ceramics were also replaced. A number of transistors were changed, as was the dual diode in the power supply. Everything was deoxed. The RIAA equalizer stage was rebuilt as per Leestereo’s suggestions. The Blaxandall bypass and Vbe multiplier mods were also done and the trimmers. Overall the majority of the components were changed, which took longer than I thought, but the end result was very satisfying.

I have now restored both the Sansui Au555 and the Au555A-The 555 is very similar to the 505, whereas the 555A is quite a different design. As with the 505 upgrade, the power supply was significantly upgraded, again drawing from Leestereo’s Audiokarma.org well of information. Where applicable polypropylene caps as where Nichicon MUSE Biploar caps particularly in the audio path.

A number of the transistors known to be noisy (2SC871), were replaced with modern low noise types (KSC1845). Both amplifiers had around 100 components changed.